To quote The Los Angeles Times:

Keith & Margo have set the standard that all others try to emulate… They are the masterminds of the genre! By far the most professional and elegant!

The Rolls-Royce of Mystery companies… Still the best!

Great fun for the Stars and their friends! 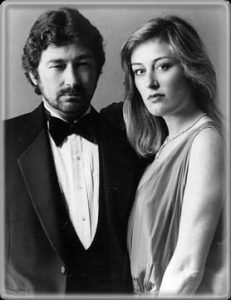 Keith O’Leary and Margo Morrison are award-winning writers, producers, and directors with extensive backgrounds in motion picture, television, and theatrical production. They have been featured in the print and television media in 37 different countries.

Featured on television’s Entertainment Tonight, Lifestyles of the Rich & Famous and on all major television networks, Keith & Margo’s Murder Mystery USA is the premier audience-participation entertainment supplier in North America.

Since 1985 — with headquarters in Hollywood, California and Maine — and from Buenos Aires to Vancouver, from Puerto Rico to Hawaii, from Alaska to Acapulco, from Boston to Budapest, from Miami to Montreal, from Prague to Passaic, from Hamburg to Costa Rica, and from The Bahamas to Paris, Keith & Margo’s Murder Mystery USA has been responsible for more excitement and skullduggery around the globe than any other group event planner, producing well over 8,000 live-action Immersion Theatre Who-dun-its worldwide for clients that include almost every company listed in The Fortune 1000.

Their mystery events have been co-hosted by such luminaries as best-selling mystery author Mary Higgins Clark, forensic scientist Dr. Henry Lee… and, last but not least, Peter Falk (portraying “Columbo”), Dennis Weaver (playing “McCloud”), and Richard Roundtree (in character as “Shaft”) during one memorable murder mystery fundraiser at Liberace’s home. 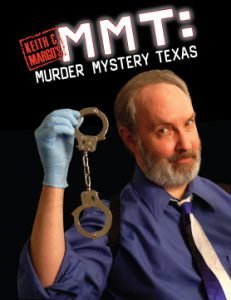 Since 1990, their Texas affiliate, Keith & Margo’s Murder Mystery Texas, has entertained The Lone Star State. It is run by Robert and Debbie Banks, murder
mystery writers and theatrical performers, directors and producers.

“Four out of Four Daggers!

What Others Have To Say

Because of how professionally it was done, we plan to make this first year event an annual one.

I’ve been hearing around the office that this was the best holiday party in G Systems history! Thanks for making me look good… ha ha!

It was especially fun to see co-workers implicated along the way. It definitely made for a great stress-breaker from the office.

Enjoyed as much by the guests who couldn’t ‘finger’ the murderers as by the prize winners.

The MMT group performed at my mother’s 70th birthday party and it was fabulous. The actors were well-prepared, comical, and thoroughly entertaining!

The Detective was amazing! Very animated! Drew the audience in. Never a dull spot. Thanks for a great evening!